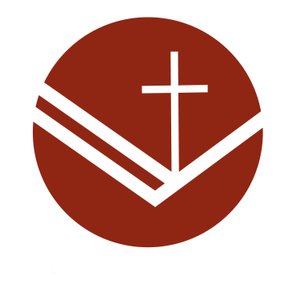 Find out how we got here

First and foremost, Anglicans are Christians. Globally, Anglicans form the third largest body of Christians in the world (around 80 million members) behind the Roman Catholic and Eastern Orthodox churches.

Origins of the Name

The name “Anglican” is traced back to the ancient Anglo-Saxon tribes of Europe. The tribal name was spelled “Engles” or “Angles” and the tribe’s speech was the precursor to the English language. Their island became known as England, and their Christians were known as Anglicans. The name has nothing to do with “angels.”

Just as the English language spread with the British empire, so did Anglican Christianity. When Anglicans resettled in new lands, they brought their personal faith with them. Chaplains and pastors were often among their number. Additionally, many Anglicans traveled as missionaries to share the Gospel. Consequently, Anglican churches now exist all over the world in more than 165 countries.

Anglican worship can be diverse, and it is best understood by visiting and attending a worship service. The church inherits a worship style that recognizes the supremacy of the Bible. Worship gatherings most often follow a structure found in the Book of Common Prayer. The Prayer Book, described as the Scriptures arranged for worship, provides helpful resources for everything from personal daily devotions to large public gatherings of worship. It includes prayers for every season of life.

The Anglican Church in North America and The Episcopal Church are in the same worldwide communion of churches known as the Anglican Communion. Anglicans originate in the 16th century protestant reformation in England. Though both churches in America are in the same global Anglican communion they are quite different. The Anglican Church of North America is a province in the greater communion committed to the authority of Scripture - seeing it as inspired of God. It is His word without fault or error. Also, Anglicans hold to the historic doctrines of Christianity concerning the divinity of Jesus Christ, salvation, the workings of the Holy Spirit for today, the literal return of Christ, and all essential Christian truths. Anglicans in America hold to the historic understanding of the Christian worldview. and worship. The Episcopal Church , on the other hand, has moved to differing positions in these areas.

Those desiring a walk with God that is anchored in Scripture; the historic faith; and a personal, vibrant, daily experience with God will appreciate South Valley Anglican Church.

We are in the Anglican Diocese of the Living Word

Meet our bishop, discover our story, and learn about our passion to bring the Good News of Jesus Christ to America.

The Anglican Church in North America

"Where God works in and through you!" 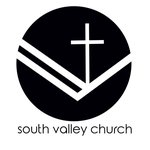 South Valley Anglican Church - Where God works in and through you!

A new church is coming to the West Henderson and South Valley area of greater Las Vegas, NV